The Knitting and Stitching Show

I decided to spend a couple of days discovering the Knitting&Stitching Show in London. I booked a hotel room for one night and took two days off work. I went alone and met some nice ladies there. Everybody was friendly, not just the expositors but also the people visiting. There were a lot of women and also some men. Some of the men were just accompanying their partners and showed visible signs of wanting to run home or to the nearest pub, some others had interest in the crafts and were buying almost as much as their female companions.

The event was full of ideas and items to buy. I didn’t buy as much as I thought I would, but gained a lot of insight about knitting and crochet. One of the things I learnt was that yarn is not always sustainable, some yarns are created by making the animals suffer or by killing them, this is a very disturbing idea for me. I will probably write some posts about ethical and sustainable yarns in the future, whenever I know more about it.

The Alexandra Palace is a huge venue and there were so many expositors that it took me an hour to mark on my map all the ones I was interested in.

They had a beautiful crocheted/knitted space and were encouraging people to contribute to it, offering to teach them in the process: 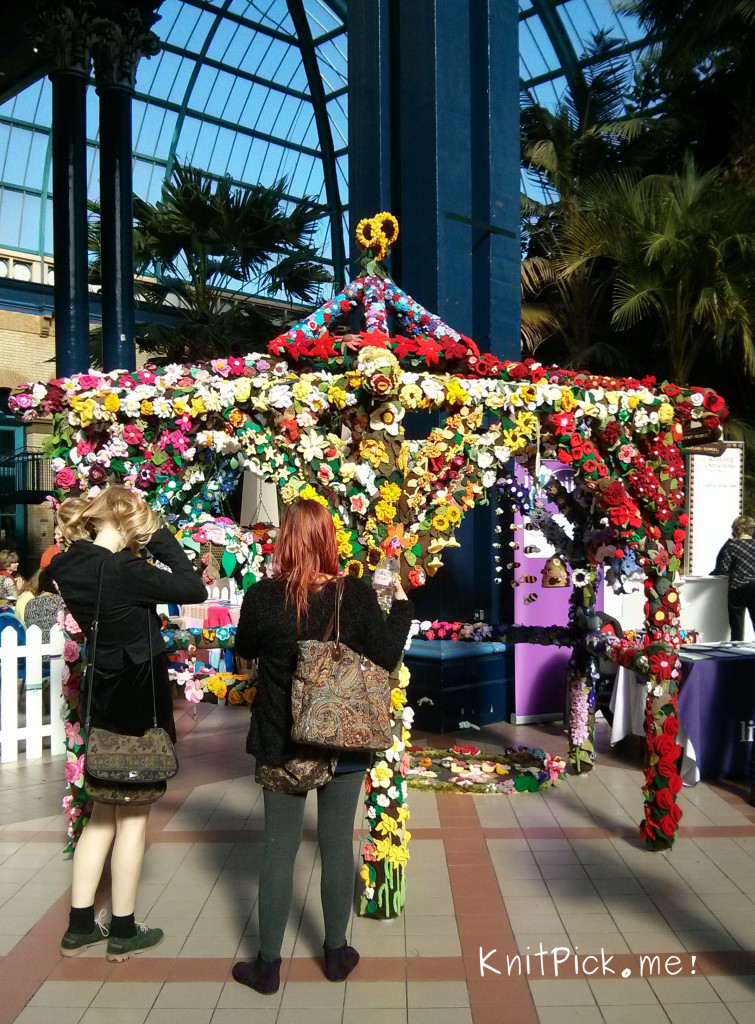 They also had a sheep! 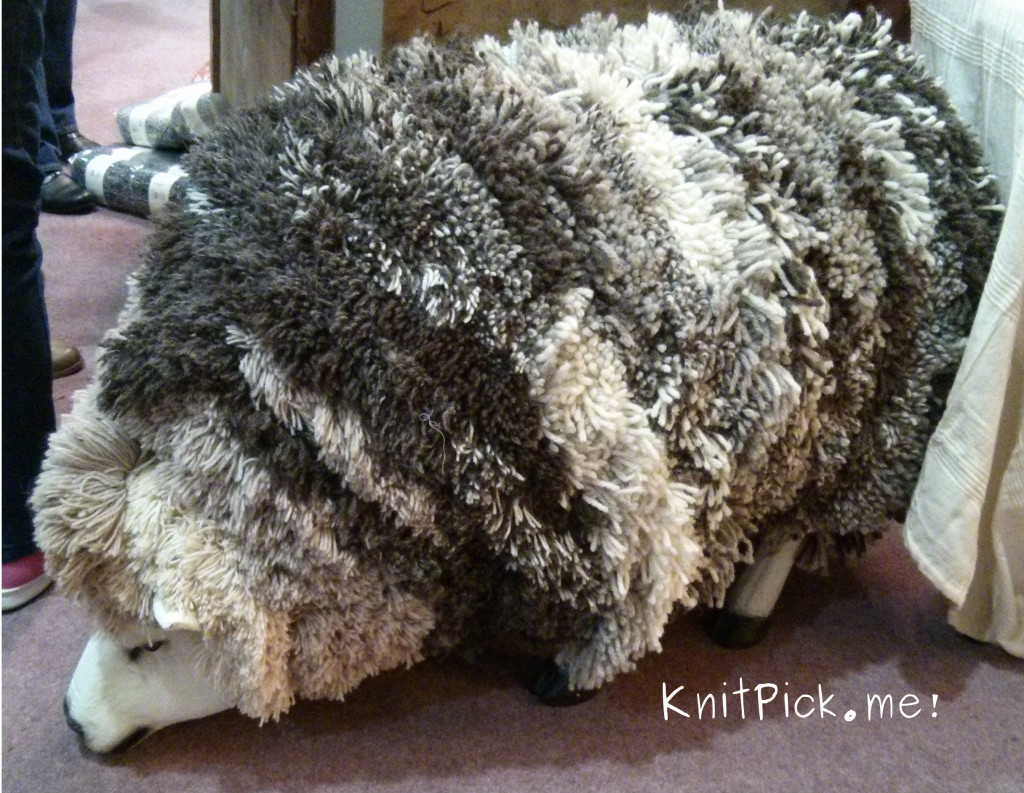 And of course tons of yarn… which I couldn’t bring myself to buy any of it due to lacking ideas for what to do with them. To me, it is ok to bring home a skein or two of some yarn I want to try, bug bringing bags full of skeins of yarn that I have no idea or pattern for… that’s a different story. Anyway, the fact that I could entertain the idea of buying them made it worth the trip! 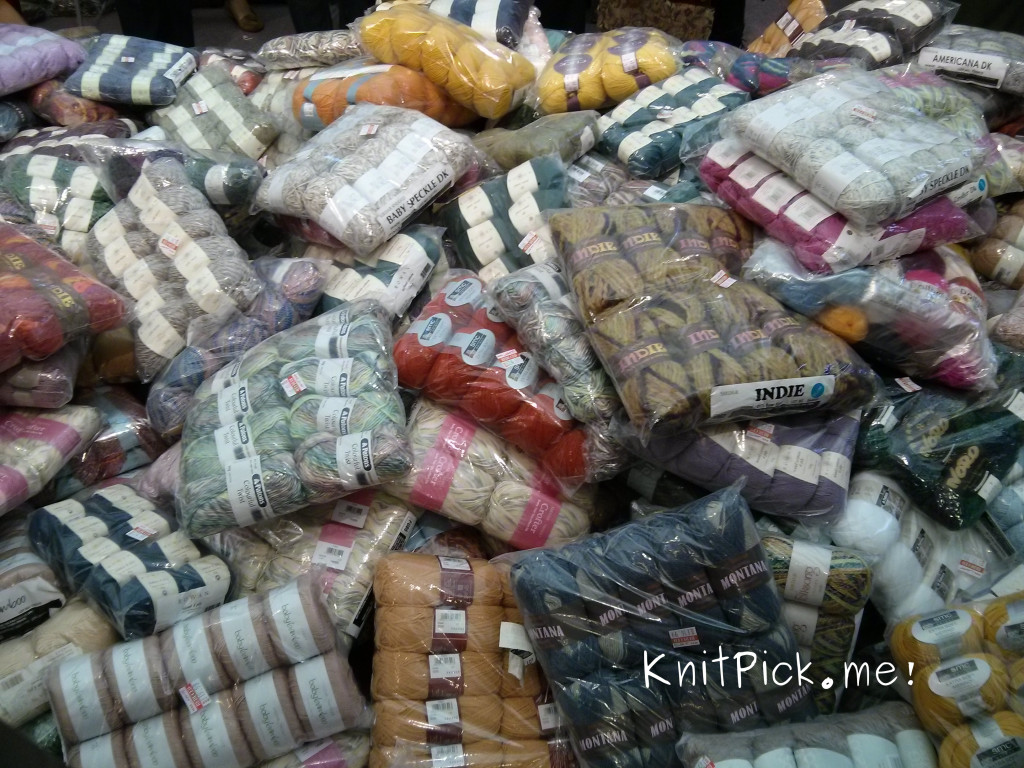 I’d recommend to anyone that is into knitting or crochet to go at least once. If not to keep up with new yarns and buy tons of them at least to get ideas and inspiration. I also got to know a few designers that had never heard of before.